Dogs need to have their birthdays celebrated apparently. So we took them to a cabin that we wanted to visit. Then we took a lot of panoramic pictures. We flushed one grouse up Troublesome Creek.

This year, the Byers Creek Campground is closed. Damn beetles. 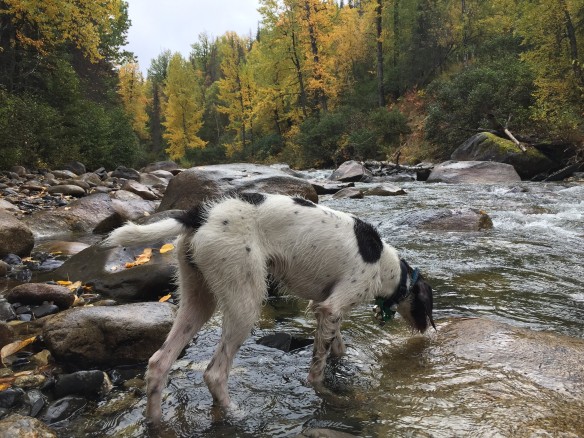 A couple of our best friends, Amanda, and I flew out to King Salmon and then waited for the weather to clear. That is pretty typical in this part of Alaska. When it finally cleared, we hopped on a float plane and were dropped off at Brooks Lodge. We opted to camp for $12 per night per person instead of renting a cabin for $615 per night per person!

We immediately got into some fish. They were big and plentiful. They took beads, streamers, nymphs, and pretty much anything that you could drift in front of them. The river was busy with other anglers, guides, and the four of us. You could sight fish to twenty inch rainbows all day. 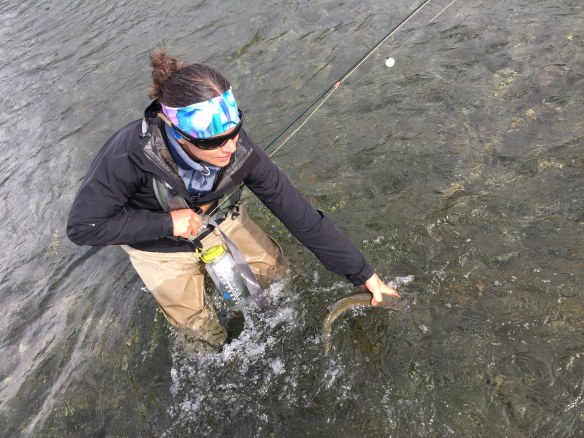 The falls were behind me. It made me slightly nervous to look away from where a majority of the bears were feeding. Luckily, we had a crew of four, so someone was always watching out for bears. 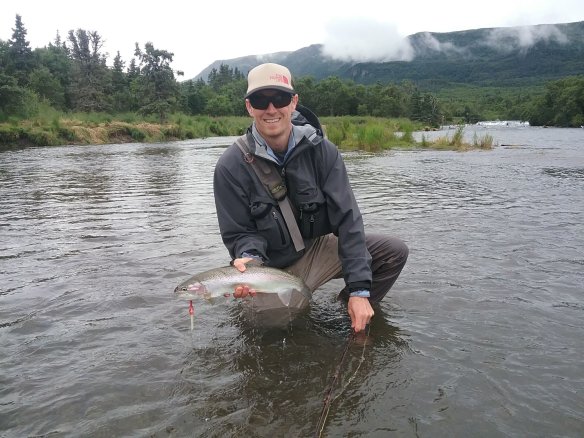 We weren’t the only ones fishing on the river. The bears were never threatening. A few sub adults would cruise by curiously and be kind of annoying. When the big bears came through, we all gave them a lot of space. The most nervous was when a mom and cubs were on our trail. We took the long way home that night. 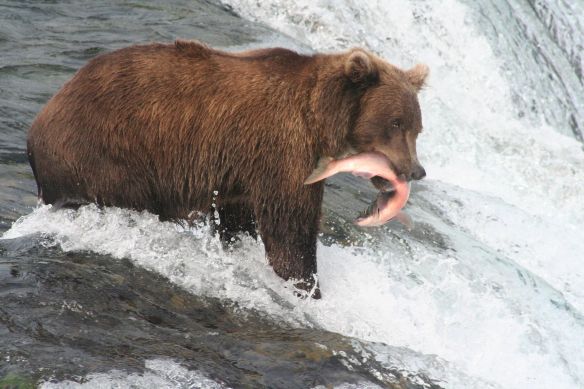 While out there, we had to check out the Valley of 10,000 Smokes. It was much more interesting than I thought that it would be. I was really glad that we did the tour. 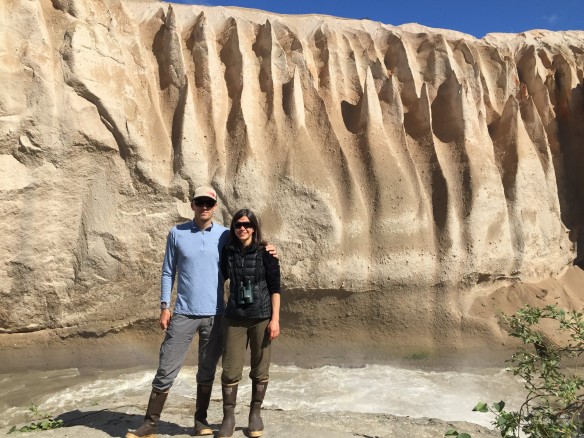 The weather was great for our whole trip. Good weather, good friends, and good fishing. It doesn’t get better than that. If you are ever in Alaska, it is worth it to go visit Brooks Falls, even if it is just a day trip. 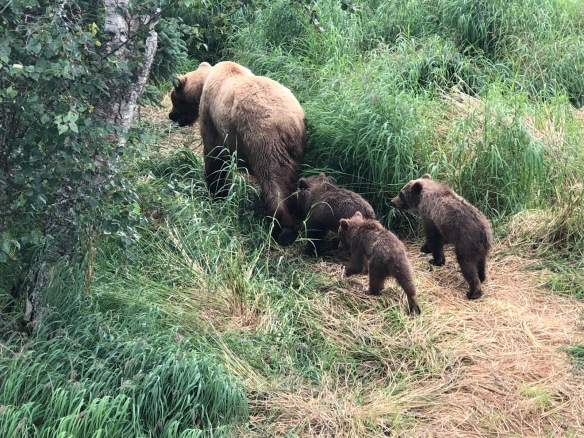 Sitting inside in the winter makes me think of the upcoming summer. I remember the good days of floating creeks and rivers. This one was really nice weather and we didn’t have to wear waders or shirts!

Finn helps navigate us to the put in.

It was a beautifully warm day and I can’t wait for another summer in Alaska!

I get it now. When we first moved here, I was excited to fish the world famous Kenai River. I wasn’t very successful. It is hard to walk and wade the Kenai. It is expensive to hire a guide every time I want to go out. The most logical thing was to buy our own raft.

Now I get it. The Kenai is a magical place when you can access a lot of it whenever you want.

Did you hear about the guy that wanted to take a selfie with the bears at Katmai National Park? Yeah, I saw that also. Not on the Bear Cam like most others. Unbelievably, I was on the platform at the same time.

The women that they were with were the smartest in the bunch. They called him “stupid” and left immediately. These guys told the women that they have “done this a thousand times” and that while “hiking up the fish ladder, kicked  a sleeping bear”. They walked out of the emergency exit of the falls viewing platform, walked downstream, and retreated up the emergency exit of the riffles viewing platform.

We fished hard for some King Salmon when the season first opened. Then it quickly shut down due to the fact that there are NO FISH.

It felt better not catching anything after a great year last year. At least the dogs had a great time at the beach. 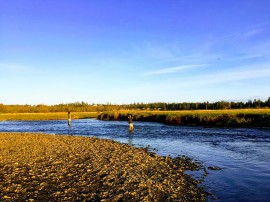 Go Outside
Create a free website or blog at WordPress.com.